On the subject of sex, there is no shortage of myths. Everyone has one old wives’ tale or the other that a friend has shared with them. And when it comes to condoms, the list even grows longer.

So today, we’ve decided to end all of that chaos by debunking some of the most popular myths about condoms. We started this conversation on our social media pages where we corrected some negative misconceptions about condoms use. But in this piece, we'll also go further to educate you on how the right Durex condom can offer not only protection but also boost sexual performance and excitement.

But first, let's debunk some myths!

Myth 1 - All Condoms Give Equal Protection

This idea probably originated among people who wanted to justify their poor choice of condoms. But it is most definitely not a correct notion and in fact a dangerous one. Condoms that do not meet up with the proper international standards can greatly increase your risk of unplanned pregnancy and contracting a sexually transmitted disease. For a condom to provide the necessary protection during sex, it must: 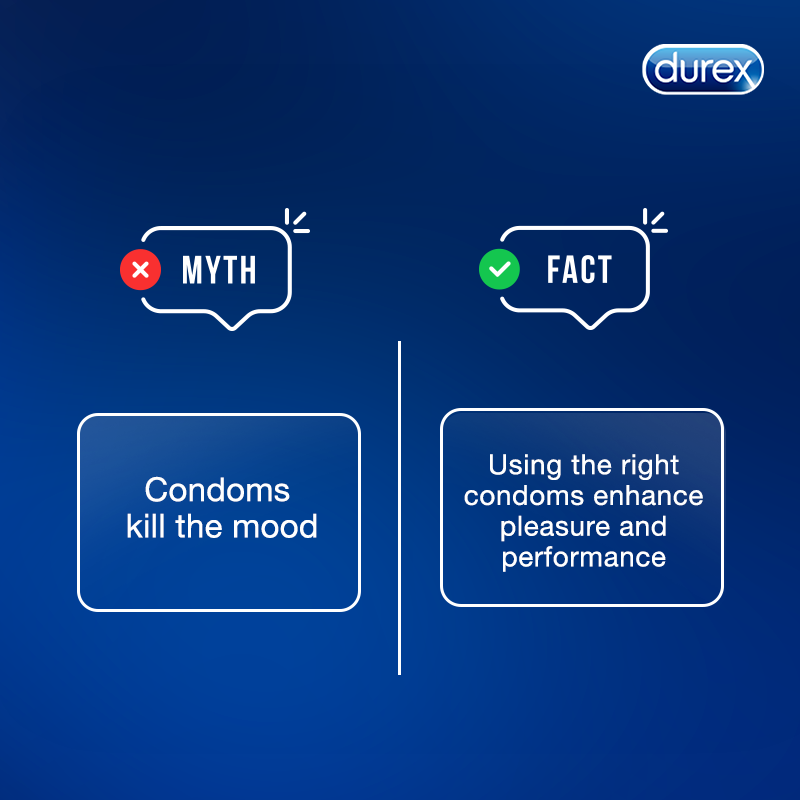 This myth is a deceitful one and mostly used by people who really don't care about protecting their partners, but are only seeking their own satisfaction. It is also a common saying among people who have very little knowledge about condoms and are unaware of condom variants that are designed to enhance sexual experiences. First things first, having confidence that you are protected is the best mood to be in when having sex. Secondly, Durex offers an exciting range of condoms that can actually take things to a whole new level in the bedroom.

Myth 3 - All Condoms Have One and the Same Use 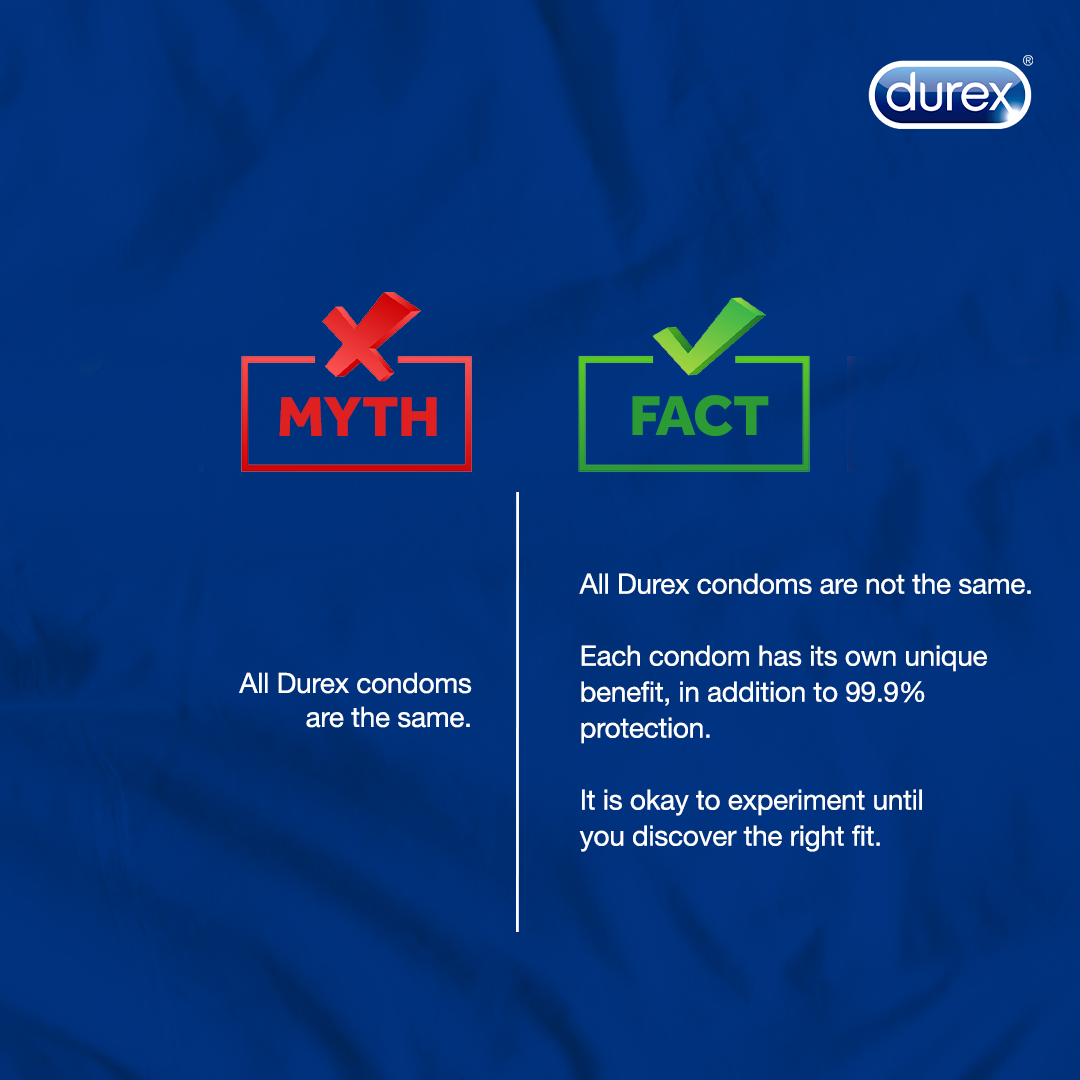 All condoms are not the same. Some condoms work only to offer protection, but just as we mentioned in the last myth, Durex condoms come in different variants and offer special features in addition to 99.9% protection. Some of our products are ribbed and dotted for extra stimulation, others come with a vibrant fragrance, and so much more! With Durex, you can experiment with condoms while being confident of protection every single time. 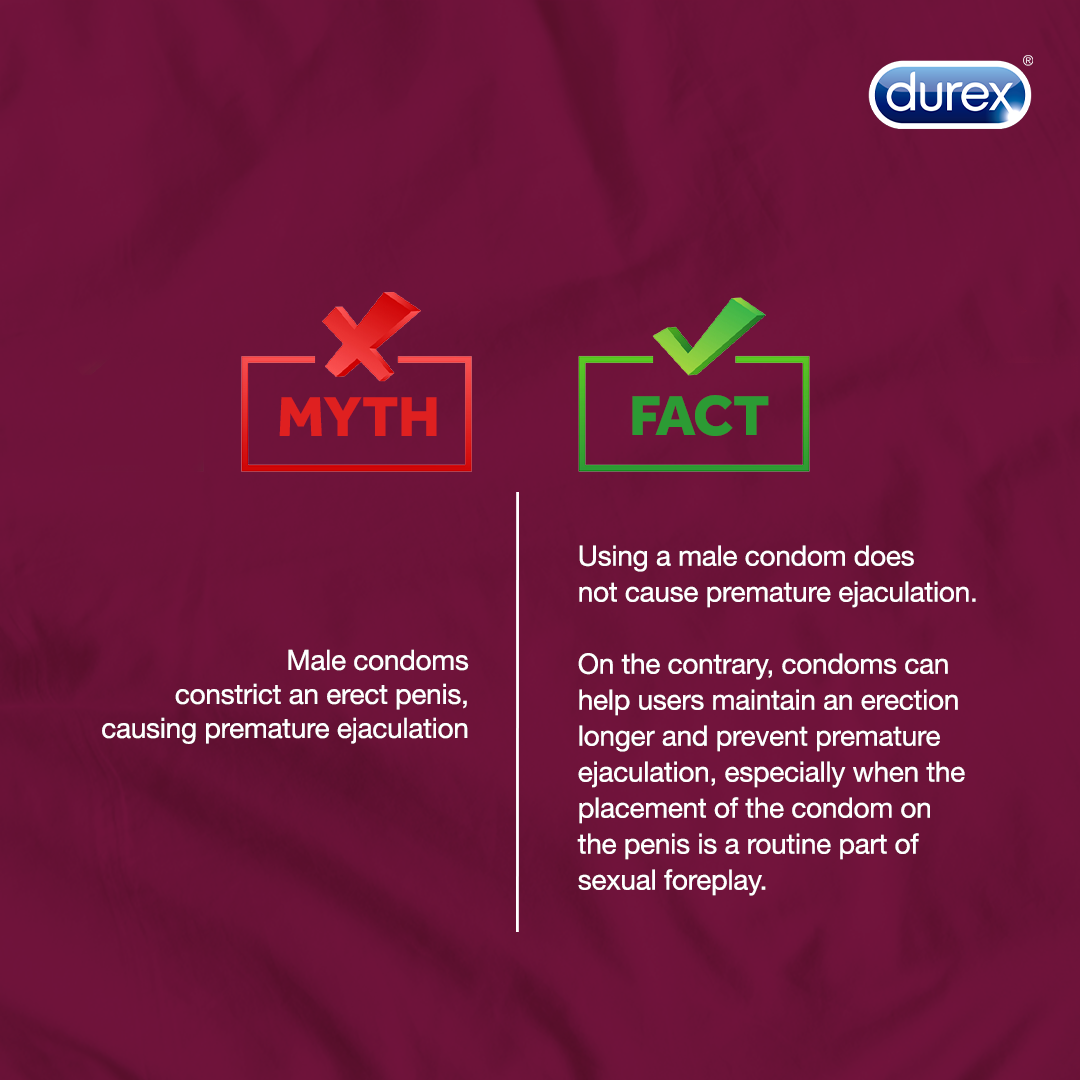 The idea that condoms mess with male sexual performance is wrong, wrong, wrong! As long as you are using the right condom size for you, condoms are meant to fit perfectly and not be constricting. In fact, condoms are effective in helping men last longer during sex and Durex has a special condom called Performa that contains lidocaine a special lube that helps men delay climax and prolong sex. 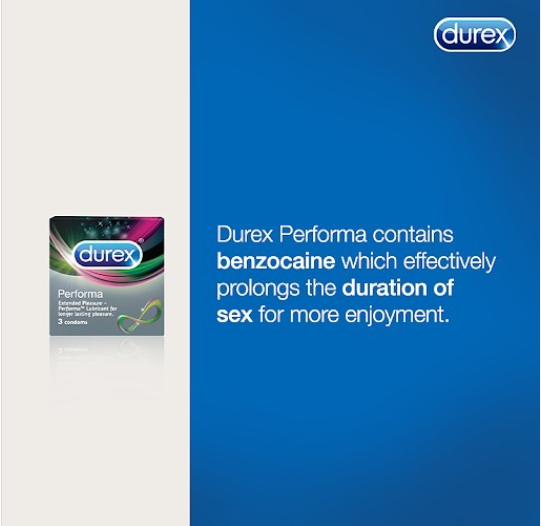 Whether it’s a myth about pleasure, sexual performance, or protection, our Durex Performa shatters them all. This condom which is special by design offers couples a new way of looking at condom use. With Performa, you do not have to sacrifice pleasure for protection; you can have both in one experience. Durex Performa makes intimacy more exciting and long-lasting.

Do more with Durex Performa!